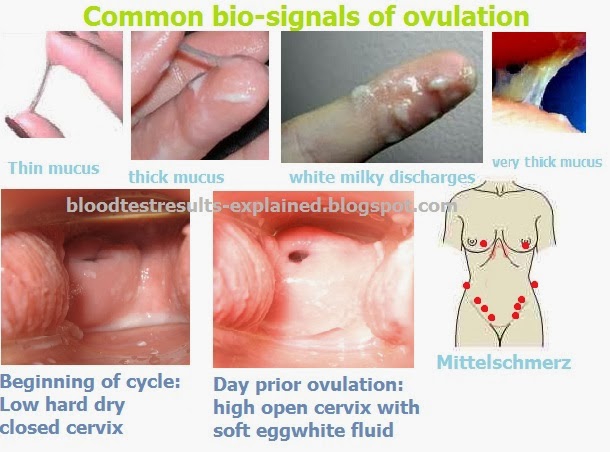 Describe the best way to calculate your ovulation days by yourself and understand the whole ovulation phenomena.

Firstly, what does “dpo” means?
DPO stands for “days post ovulation”. Ovulation starts at the day 12-16 from the beginning of menses.

How to calculate the days after ovulation “DPO”?

From the nature of woman’s cycle, we found that the period of ovulation: means release an egg from the ovary to the next menses date and called Luteal phase which is constant in all the ladies a 14-day.

The corpus Luteum body live only 14 days ( in the case of failure to get pregnancy ). The period in which precedes ovulation called Follicular phase. It is varying in length from woman to another and differs from period length to another.

In case of a woman get 28-day cycle model as we mentioned earlier and ovulation gets 14 days before the menstruation cycle, it means that the ovulation happened on the day 14 of the beginning of the period and can be calculated by simple equation:

Ovulation date = Period legnth-14 days (the constant time of luteal phase)
By knowing the first day and the end day of the cycle and subtract 14 days we can calculate which day the ovulation began.
In case of 28-days cycle the ovulation date will be 28-14=14, means ovulation occurs at the day 14 from the menstruation cycle has started.

That was how to calculate your day of ovulation by yourself?

Let’s explain some expression that scientists used to speak by them, if you’re already know them just skip.

Ovulation is the phase two of three ovarian phases during female’s menstrual cycle in which a partially mature ovum that has yet to complete division is released from the ovarian follicles into the oviduct or so-called fallopian tubes.

When does ovulation occur after menstrual period?

Once menses bleeding starts it takes about 36 hour to the ovulation to take place in one of the two ovaries. The ovulation starts in the mid-cycle approximately.

How long does ovulation last?

The menstruation cycle has two main roads (on 28 days cycle):
The uterine cycle:
The menses takes about 1 – 5 days followed by proliferation phases to build new uterine lining under stimulation of E2 hormone from the day 6 – 13 of LMP. The secretory phase start from the day 14 – 28 of LMP where the Hormone progesterone supply more blood vessels and more to the uterus to become ready to receive conception.
Ovarian cycle:
Oogenesis or ovogenesis is the creation and development of the various stages of the immature ovum.
Ovulation takes place in the med-cylce (about 1-2 days after LMP) at which the FSH hormone rise to stimulate the ovary to start growing the follicles. follicles take about 24 – 36 hours to be ready to leave ovary to the fallopian tube.
Follicle turned into a gland (corpus luteum) and secrete hormone LH. LH hormone elevated to run an growing process to the ovum during the rest days until it becomes dominant ovum and released between the day 12 – 16 of the last missed period date “according to cycle length”.
When an ovum fertilized it secrete B-HCG hormone to feed the dividing cells.
After ovulation, during the luteal phase, the egg will be available to be fertilized by sperm. Concomitantly, the uterine lining (endometrium) is thickened to be able to receive a fertilized egg. If no conception occurs, the uterine lining as well as blood will be shed during menstruation.

When does ovulation occur after miscarriage

Early abortion and miscarriages is the most sad events for the pregnant, the pregnant may have to wait up to 4 weeks to have bleeding of the menstruation cycle, hence the ovulation starts in the med-cycle. as well as the ovulation initiated immediately after forced abortion by pills.

What pills are used to increase ovulation?

It is an ovulatory stimulant. It works by helping to produce more hormones that cause your ovaries to release 1 or more eggs. Such as Estradiol and Serophene “Clomiphene” is used for treating female infertility.

When does ovulation occur on the pill as clomed and estradiol?

After taking a medication to induce ovulation, the ovulation should begin in range of 24 to 36 hours according to your usual days of cycle.

When does implantation occur?

Implantation can occur after successful fertilization during the the 14 days following the beginning of ovulation.
In this case the day of ovulation has either day 12 or 14 or 16 and thus there will be an ovulation in one day from the day 12 of the cycle. In this case, the intercourse must be every other day starting from day 12 of the cycle until day 16 in order to cover all the
days that they can get successful ovulation.

Symptoms and signs of ovulation

The typical answer is: The women herself is the best judgement to experience when she will ovulate every period which can sense the precise moment of ovulation, and the body’s process of beginning and ending the menstrual cycle vary in intensity with each woman but are fundamentally the same. Including cervical position and cervical mucus can be an extremely useful (if slightly messy) tool in pinpointing the day of ovulation, BBT, calenders and calculators, and medical tests for women saliva, sweat, or urine.

Recognize and notice those signals every month.
Put all indicators in a charts to better interpret them.
Now it is easy to predict your exact day of ovulation by yourself.

Give you an accurate ovulation date 12 to 24 hours in advance by looking at levels of luteinizing hormone, or LH, which is the last of the hormones to hit its peak before ovulation actually occurs. Pee on a stick and wait for the indicator to tell you whether you’re about to ovulate.

Cheap reusable screening test for levels of estrogen in your saliva, as ovulation nears the estrogen peaks. When you’re ovulating, a microscopic pattern that resembles the leaves of a fern plant or frost on a windowpane seen.Not all women have microscopic patterns.

Detect the numerous salts (chloride, sodium, potassium) in a woman’s sweat, give an 4 days earlier indicator on ovulation, which earlier than saliva test kit, sweat test depend on difference in minerals during month even before estrogen and LH change.

Common bio-signals tell you are ovulating, those include:

Twinge of pain or a series of cramps in your lower abdominal area usually localized to one side, the side you’re ovulating from). Called mittelschmerz “German for “middle pain” ” due to maturation or release of an egg from an ovary.

Temperature used to calculate DPO as a Birth Control Method in which Hormonal balance causes of biphasic patterns. Measure body temperature before sleep and at awakening before any activity, low at sleep than awakening and low prior to ovulation than BBT. Estrogen levels before ovulation lower temp. and progesterone post ovulation rise temp.

By effect of progesterone surge as it gets your uterus ready for a fertilized, implantable egg. The temperature increase by a 1/2 – 1 degree fehranheit (1/4 – 1/2 C degree) every day until the progesterone level declined after 21 days of LMP. Temperature measured from the day 10 of LMP. Plot a chart of your temperature every cycle to get a pattern help you predict ovulation next time.

Cervix is a neck-like passage between your vagina and uterus that has to stretch during birth to accommodate your baby’s head.

Check position of the cervix:

Using your fingers several times a day is important reliable indicator.
During the beginning of a cycle for a fertile cervix: is low, hard (like the tip of your nose), dry  and closed, as ovulation approaches, it pulls back up, softens a bit, and opens just a little to facilitate movement of sperms.

Check cervical mucus:
More concentrated appearance, increase in quantity, and change in consistency of cervical mucus as your underwear will be sticky is a an advantage to carry the sperm to the ovum deep inside you.
Mucus precedes ovulation: increase in the amount of mucus with an often white or cloudy appearance and if you try to stretch it between your fingers, it’ll break apart.

Mucus come close of ovulation becomes even more copious, but now it’s thinner, clearer, and has a slippery consistency similar to an egg white. If you try to stretch it between your fingers, you’ll be able to pull it into a string a few inches long before it breaks.
At end of the period: you’ll have a dry spell.

Other medical signs of ovulation may include: