Q: Positive ANA and Positive Anti-RNP Antibodies while dsDNA is Negative, what do the results mean? 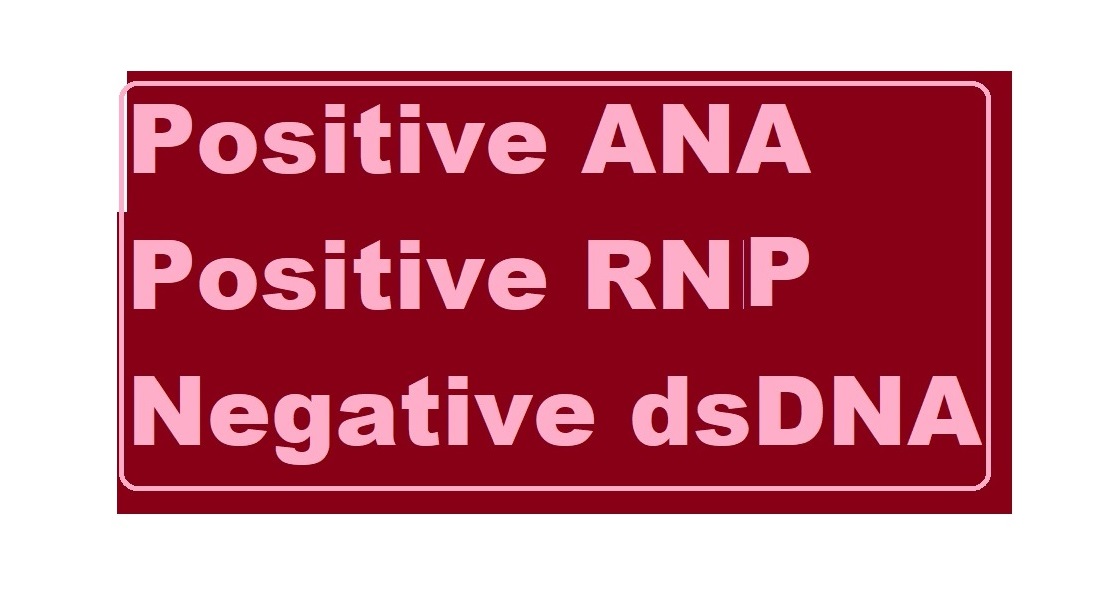 During the time I had my blood work I was on natural detox medication 12 supplements that start from 6 am-7:30 am I was on my 9th day of doing it at about 9 am I went to do this blood test could this have affected my blood test or is it possible I really have a disease

I don’t have any symptoms besides now it feels like I have inflammation in my back and arms.

When blood test results show positive ANA antibodies, it means you probably have SLE disease or mixed connective tissue diseases (MCTD), in order to differentiate which autoimmune disease is responsible for ANA elevation you must look to the other results of autoantibodies (include: dsDNA, Sm, RNP, Ro/SSA, and La/SSB), in this case, the ANA and RNP antibodies came positive while the rest of antibodies is negative which means it’s likely you have mixed connective tissue diseases (MCTD).

Having Mixed connective tissue diseases (MCTD) means that you have the features of more than one autoimmune disease at the same time, MCTDs include:

Symptoms change over time which makes it difficult to make differential diagnosis for any CTD disease: It means, patients primarily diagnosed with Mixed connective tissue diseases (MCTD) can go forward with the clinical features of other connective tissue diseases such as Rheumatoid Arthritis, Systemic sclerosis (SSc), Sjogren syndrome, and Systemic lupus erythematosus (SLE), And the opposite can also happen, It means that patients with undifferentiated CTD can turn into MCTD.

However, Positive ANA and Positive RNP antibodies suspect Polymyositis and/or Dermatomyositis by 20% more than other diseases.

MCTD can go on its own with complete resolution in many cases while others can develop life-threatening complications that may include Pulmonary hypertension, Interstitial lung disease, Infections (accelerate atherosclerosis), cardiovascular diseases, and malignancies (side effects of immunosuppressives), as well as the presence of IgG anticardiolipin antibodies.

To make the treatment effective and prevent complications of MCTD you must do an early visit to the rheumatologist and take the treatment early then close follow-up by medical test results, radiological, and clinical findings.

According to studies (https://www.ncbi.nlm.nih.gov/), the survival rate for 5 and 10 years after diagnosis was 98% and 96% respectively.

Other Blood Tests To Follow-up MCTD

What blood tests are done for connective tissue disease?

Other immunological markers should be negative in MCTD, including You anti-double-stranded DNA test, anticentromere test, anti-Scl-70 test, and anti-PM-1 test.

In some cases, they show positive VDRL but it should be a false result.

Some definitions in a glance:

RNP stands for Antibodies to ribonucleoprotein