What does Aids HIV test results means if positive, normal, borderline or non-reactive?

People nowadays are terrified that become infected with the disease called AIDS
If you had unprotected sex with a girl/man and suspected that You/He or she was a carrier… anyways, your test results came in as HIV- with a value, scaring of results?
If you are afraid of AIDS, and you have drawn a blood sample to test for HIV infection,
Then; I invite you to read this thread to recognize the results of AIDS test results.
What is HIV?
What is HIV different from AIDS?
What viruses cause AIDS disease?
Human Immunodeficiency Virus (HIV) testing, well the HIV is the virus cause AIDS disease
HIV 1&2 is the measurable levels of antibodies in the blood.
It is used to diagnose HIV infection, in addition to Viral load tests (PCR) are used to inform treatment strategies and monitor disease progression.
List of expected results of HIV testing results using different analysis techniques against normal value:
HIV Antibody rapid test and using EIA/ELISA: negative
HIV Western Blot: negative (to confirm results with a more specific test)
HIV Antigen (P-24 Antigen): negative
HIV Viral load: _50 copies/mL (PCR ‘Polymerase Chain Reaction’ test, also known as a “viral load,” is used to measure the amount of HIV in an HIV-positive person’s blood.)
Normal HIV 1&2 test results
Normally most laboratories express the HIV test results with “Cut off = 1.0”
Some Labs write results as:
<1.0 = negative…
>1.0 = positive…
So that all test results values under “1.0” interpreted as “0”.
For example: when you receive HIV test results like this “HIV 1&2 Ab test result = 0.2”
It is simply means you are not infected with HIV virus, and the HIV test is negative however it can take 3 to 6 weeks, and sometimes up to 3 months (and in few cases up to 6 months) before HIV antibodies show up on a standard test, so that you have freedom to accept this result or that re-analysis after another 3 months
Abnormal HIV test results
1- Positive HIV results:
HIV 1&2 Ab test result: 1.2, where cut off level is 1.0
Means you are infected, and should be confirmed with more sensitive test.
2- Borderline HIV values:
HIV 1&2 Ab test result: 1.0, where cut off level is 1.0
It means No Infection detected” but Also It means equivocal test result, should be retested to be reassured whether your result is positive or negative
3- False positive HIV result:
Occur when sample contaminated, it is must to repeat sample testing.
4-False Negative HIV result:
If you very suspected that you may be infected with HIV virus and lab test results show negative result, then it is may be false negative results and should be repeated with different blood sample and different and more sensitive lab techniques, Rapid, EIA/ELISA, or PCR.
Also False results/indeterminate/inconclusive result means that the antibody test was neither positive nor negative due to:

HIV test results interpretation:
The screen test has a cut-off level of 1 unit.
Below this the test is reported as negative. Above 1 unit, the serum is referred for the more specific Western Blot test. Results in the 1-1.5 unit range can be false positive screen results due to cross-reactivity with other viral antigens and the level may fall below 1, i.e. become negative, on subsequent testing. Patients with established HIV infection typically have results in the 5-20 range.
A screen result of 1-2 with negative Western Blot should be repeated in a month.
A negative antibody test does not exclude HIV infection during the first few months after transmission of the virus but for practical purposes, all those infected will test HIV positive within 6 months.
The median time from infection to the development of AIDS is about 10 years.
Prevalence of HIV in New Zealand By mid 1999, 1,355 patients had been reported with HIV infection since the beginning of the epidemic and 678 with AIDS. Currently there are about 700 HIV infected people living in New Zealand of whom 107 have AIDS. Homosexual males remain the biggest identifiable risk group (63% now) but in the last 18 months infected heterosexual immigrants, particularly from Africa, are the most rapidly increasing group. After falling for several years, the number of newly reported HIV infected people rose in 1998, significantly contributed to by this immigrant group.
GPs are the group who most frequently test for and diagnose HIV infection in New Zealand, far more than hospital, sexual health clinics or special clinics combined. Sometimes an HIV screen is requested “as an outside possibility”, without mentioning the test to the patient. The current advice and recommendation is that an HIV test should always be discussed prior to testing with pretest counselling as seems appropriate.
Early symptoms of HIV include exacerbation of previous skin disease, e.g. eczema, somewhat recalcitrant tinea, surprising shingles, oral candidiasis, recalcitrant vaginal candidiasis : in other words, common or ordinary events occurring oddly or excessively.
Lymphoma predisposes to HIV infection and HIV is an uncommon cause of acute immune thrombocytopenia. Pneumocystis carinii pneumonia (found only when patients have CD4 counts <200/cmm and essentially preventable) is most often a creeping, slow illness with dry cough, fever and shortness of breath which may not be easy to diagnose or confirm.
HIV testing in helping monitor the HIV virus progression Viral load The concentration of virus in the plasma can now be measured. As a generalisation the higher the concentration (max. 1,000,000 or 106 copies/ml) the more rapid will be progression in time to clinical illness and AIDS. The lower the concentration (at present the lowest level of detection is 500 or 10 27 copies/ml), the slower the disease progression.
The aims of treatment are to suppress this level as low as possible.
CD4 counts The concentration of this lymphocyte subset correlates with the stage the patient’s immune system has reached in its battle with HIV. The lower it is (normal >500 cells/cumm) the more likely will that individual have illness, with the risk rising progressively as it falls below 200 and then below 100 cells/cumm. 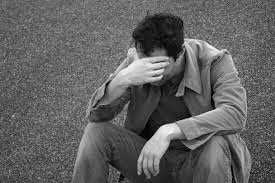 Most used Treatment for AIDS disease
Treatment requires use of at least two agents and most commonly three, to slow virus replication, minimize development of resistance, preserve and augment immune function and thus minimize clinical illness and prolong life. The moment to begin treatment is ill defined: with CD4 counts <350 cells/cmm and a high viral load, few would not wish to treat or be treated. At higher CD4 counts and lower viral loads, everyone has a different opinion and individual patient views are often the ultimate determinant for the decision.
My recommendations:
for those infected or under hope not to be infected with HIV virus by simple procedures and how to do steps prior to discovering positive HIV test results.
HIV 1, 2 Ab test is an initial screen test with >99% sensitivity followed by a Confirmatory test is available and must for those who screen positive.
The screen test detects both HIV-1 (the commonest) and HIV-2.
A DNA-based test is available for babies born to seropositive mothers.
If anonymity is required, the patient is identified by a code using the first 2 letters of
the patient’s surname, first initial, sex and date of birth, e.g. John Harris, male, d.o.b. 18/9/47, becomes HAJM180947. If you are unsure about the need for anonymity or forget to ask, assuming it is required is a good philosophy.
More about STD testing
More about false results
More about general checkup tests