Is BHCG less than 5.0 considered a Positive or a Negative Pregnancy Test Result? 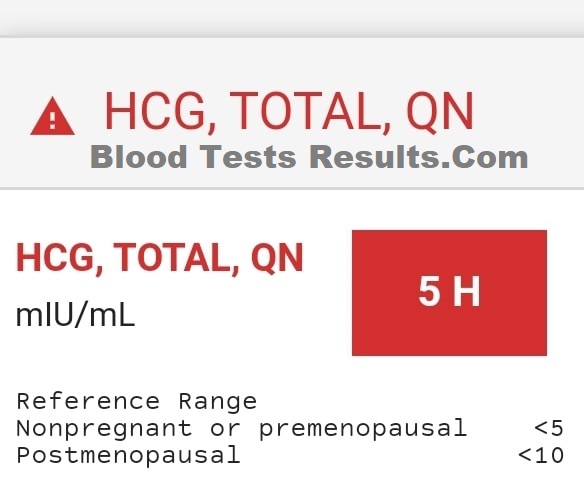 The medial laboratory interpret the BHCG levels like that:

B-hCG < 5.0 usually means negative pregnancy test, but if the date of menses is still early, the hCG lower than 5 may mean a very early pregnancy, that’s because the hCG hormone can be detected 6 days earlier before the due date, and therefore you must repeat hCG test after the menstrual cycle is late than the usual date every month, and this repetition is to make sure that HCG 5 increases and that it was due to very early pregnancy.

Also, hcg <5 can be seen if the woman is in premenopausal (before girl puberty) or postmenopausal stage (usually after age 50 of women there’s no menstruation), it means the girls before menopause may normally show b-hcg number lower than 5, and women stopped their menstruation can still naturally see hCG number lower than 10 without pregnancy or any disease.

Note that some tumors can see slowly increasing hCG levels, but this is another article, be tuned.